Reasons to Decorate a Christmas Tree at Christmas

According to the records of Christmas customs, the first Christmas tree was a small palm tree on the roadside of Bethlehem City. On the first night of the birth of Jesus, the Virgin Mary and St. Joseph were very tired when they came to Bethlehem. The Virgin rested for a while under the tree. The little palm tree seemed to be favored. and spread out its branches to shield the Virgin from the cold wind. In the middle of the night, Jesus Christ was born.

At this time, a particularly bright star appeared in the sky, emitting a wonderful light, and shot directly on the head of the small palm tree, circling into a beautiful circle of light. Since then, the little palm tree has occupied a glorious place in Christmas.

In the Middle Ages, a popular religious drama in Germany, in a play in the Garden of Eden, after God created man, when Adam and Eve betrayed God, a palm tree covered with apples was used in the play, representing the “tree of life” or “the tree of life”. The Tree of Knowledge of Good and Evil”. Later, the faithful moved the “tree of life” in the play to their homes, symbolizing the coming of the Savior. With the development of this symbol, by the fifteenth century, decorating the Christmas tree had become a custom.

The pointy tops of the Christmas tree point to heaven. The star that dots the top of the tree represents the special star that guided the wise men to Bethlehem to find Jesus. The light of the stars means Jesus Christ who brings light to the world. The gifts under the tree represent God’s gifts to the world through his only Son: hope, love, joy, and peace. So people decorate the Christmas tree at Christmas.

There is a legend about the origin of the Christmas tree: It is said that a farmer received a hungry and cold child on a snowy Christmas night and gave him a sumptuous Christmas dinner. When the child said goodbye, he broke a fir branch and stuck it in the On the ground, he said: “Every year on this day, there are many gifts, stay in this beautiful Sugi Village, and repay your kindness.”

After the child left, the farmer found that the branch had turned into a small tree, and he realized that he was receiving an messenger of God. This story became the source of the Christmas tree. Later historical sources have inferred that around 200 AD, the use of branches as decorations began as a way to celebrate Christmas.

Evergreens, adorned with fir or pine with candles and ornaments, have been part of Christmas festivities. Modern Christmas trees originated in Germany. On December 24 every year, which is Adam and Eve’s Day, Germans arrange a fir tree (the Tree of Eden) at home, and hang crackers on it to symbolize the holy bread (a sign of Christian redemption).

In modern times, various kinds of cookies have been used instead of holy bread, and candles that symbolize Christ are often added. In addition, there is also a Christmas tower indoors, which is a wooden triangular structure with many small shelves for placing the statue of Christ. The tower is decorated with evergreen branches, candles and a star. By the 16th century, the Christmas Tower and the Garden of Eden were merged into the Christmas tree.

When it comes to Christmas tree decorations, there seem to be similarities around the world. The Christmas trees are all evergreens, mostly small palm trees or small pine trees four or five feet high. They are planted in large flower pots. The trees are covered with colorful small candles or small electric lights, and then hang all kinds of Such decorations and ribbons, as well as children’s toys, and gifts from family members. After decorating, put it in the corner of the living room. If it is placed in a church, auditorium, or public place, the Christmas tree is relatively tall, and gifts can also be placed under the tree. What are the common artificial Christmas trees in the family

How to Buy Christmas Wreaths from China Manufacturers 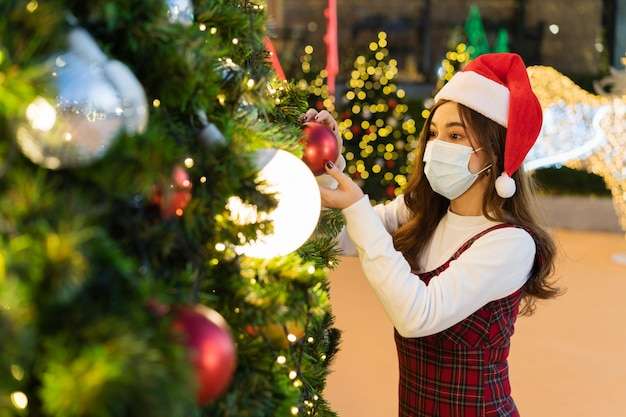 How to Pick a Realistic Artificial Christmas Tree How To Properly Care For And Maintain Your Artificial Christmas Tree